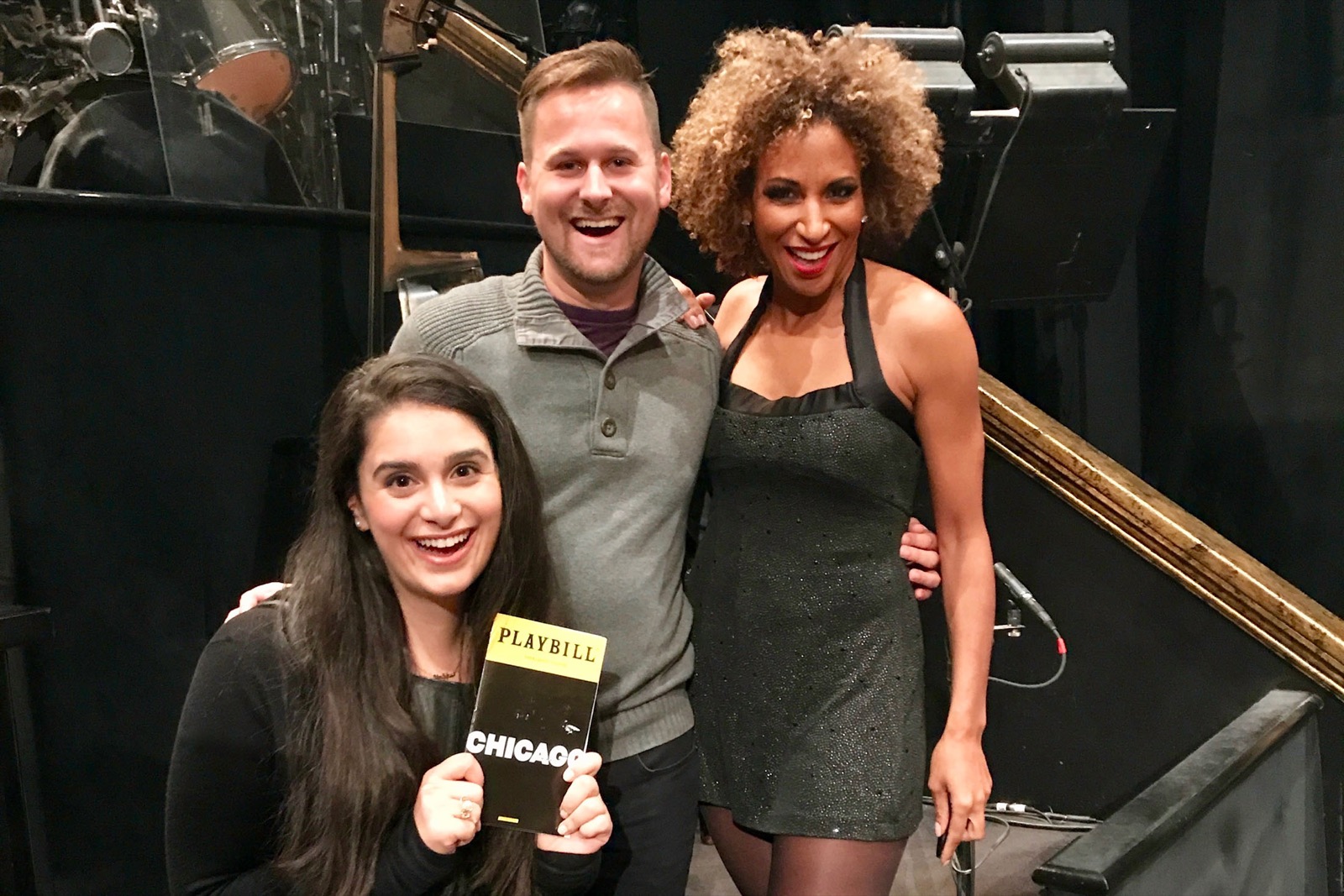 Diana Blauvelt, a community college professor in northern New Jersey, has seen the Broadway show Kinky Boots at least 25 times. But she had never gone backstage or met the cast until last month.

After receiving a behind-the-scenes tour from Carrie St. Louis, the actress playing the character Lauren, the way Diana approaches Broadway shows has been forever changed.

“My feeling is that if you do it once, it’s like getting on a roller coaster: You have to do it again,” she says.

Blauvelt’s experience was made possible by Broadway Plus, which provides customers with VIP experiences for the hottest shows in New York.

Founder Nathaniel Hill has identified a gap in the market for customized vacations, especially amid the rise of social media and the popular desire to showcase unique trips.

“Seeing a show is awesome, but I work with a lot of tourists, and they’re only in New York for a short period of time,” he says. “I just thought there was a demand for more.”

Hill is using his connections with the New York theater world to offer a range of customized backstage experiences for clients through Broadway Plus, along with the granting of wishes for Make A Wish Foundation kids.

Through the Broadway Plus website, customers can book a meet-and-greet experience with Vanessa Carlton, who’s starting in Beautiful: The Carole King Musical this summer, for $500 per person (including tickets).

There’s also a Rock of Ages offering for $299, a Chicago VIP experience for $400, and a Disney on Broadway private tour for $300, which involves a behind-the-scenes look at the New Amsterdam Theater, the Disney headquarters on Broadway and current home to Aladdin. Prices all include tickets to the respective shows.

“If you look at what the face value[s] of tickets are, it’s not much more, and you’re getting so much more than just the show,” Blauvelt says. For instance, a Friday night orchestra level ticket to Beautiful costs about $150.

But the website offerings are just the beginning—you can request a custom experience for a different show not listed on the website. Using his contacts in the theater business, Hill says he can most often make it happen—for a price, of course.

“Ninety-five percent of the tours are private to the family that is doing the experience,” he says. “My whole business is making people feel really special and amazing.”

In the past, Hill has arranged a dance workshop with the Rockettes, a dinner with cast members of Harry Potter and the Cursed Child, a voice lesson with one of the stars of Mean Girls, and a percussion class with the blue men of Blue Man Group.

The prime experience is a recording session in a Broadway studio, which includes a one-hour private voice lesson with a Broadway performer and a two-hour private session to record a song of your choice in a professional studio with an on-site vocal coach, which costs $2,700.

“In the high-end space, at the end of the day your clients are going to want what they want,” Hill says. “It’s about collaborating and working with clients—no matter how creative their request.”

Key to the success of Broadway Plus is Hill’s network of connection in the theater industry, which he developed through previous roles in freelance concert- and workshop-producing and management work on such shows as Hamilton, Next to Normal, Billy Elliot, Ragtime, and Rent.

Eric Gordon, owner of the Beyond Times Square travel agency, used to contact six or eight industry insiders to arrange VIP Broadway experiences. Now he can just work with Hill, whose honesty about what can and can’t be accomplished makes him stand out.

“That’s a big thing. People make a lot of promises that they can’t keep,” Gordon says, especially in the luxury industry. “Nathaniel doesn’t do that.”

Still, persuading a show’s cast to open up backstage is no simple task. Some stars are tired from doing so many performances a week, and the last thing they want is additional work as a tour guide after the show ends, Hill explains.

“Broadway is a very traditional business, so there’s always resistance to new ideas,” he says. “There is some risk in selling access to a backstage area because it’s very technical, and here in New York they’re very small. There is a lot going on back there.”

The exclusivity of the experience makes it so popular, says Simon David, co-founder of Confirmed360, a luxury entertainment agency that often refers clients to Broadway Plus.

“Getting that picture backstage, on stage, in the dressing room – it’s hard to put a price on that, especially if you’re a big fan of the theater,” he says.

The importance of social media and showing your followers your unique experience can’t be understated. Hill notes that he always “has the customer photo in mind” when designing the tours.

Broadway has long been a major draw for tourists to visit New York. According to the Broadway League, attendance in the 2017-18 season reached 13.8 million people and grossed $1.7 billion. About 7.9 million of these tickets were bought by visitors.

David, who has arranged VIP experiences in New York’s music and sports scenes for the past 10 years, says he doesn’t know of any venture offering a service similar to Hill’s. Before Broadway Plus opened, he would have to coordinate VIP experiences for clients with individual theaters and productions.

Hill says he serves a wide range of customers, with his prime audience families visiting New York, especially those with teens who love Broadway.

That was certainly the case for Blauvelt, whose 15-year-old son Andrew plays the tuba and loves sitting in the first row of the orchestra, directly behind the conductor, so he can watch the musicians.

The day after their Broadway Plus tour, when they were at Kinky Boots (again) for its final show on April 7, they ran into Hill, who remembered Andrew’s interest in the orchestra and invited him to talk with a former conductor in the audience.

Although Kinky Boots has now closed on Broadway, Blauvelt says that when her family falls in love with their next show—“We’re repeat theater goers; we become attached to a particular performer”—she’ll contact Broadway Plus again.